Isaac was very excited about the Advent wreath that appeared on our table this morning.  He was a little confused about why we weren’t lighting all the candles yet, and then wanted to blow out the purple one we did light over and over, haha.  I kept telling him “It’s not a birthday cake, silly!”. 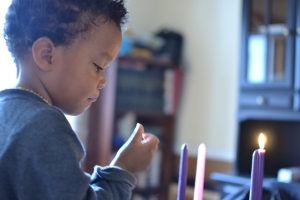 He was excited to see the little peg people Nativity set I found for him. 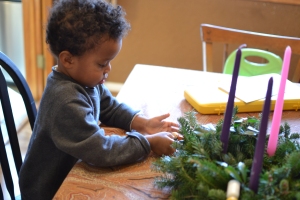 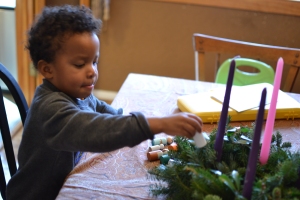 And then proceeded to tuck the little people into the Advent wreath one by one.

I wish I had gotten a better shot of the little peg people!  (You can find them here.)  After playing for a bit, we decided to go hunting in the garage for some scrap wood to build a little creche.  I told him he could paint it and let him pick out the colors:  red and white. 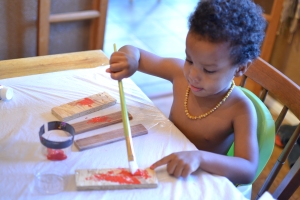 He was especially excited when we discovered that red+white=pink! 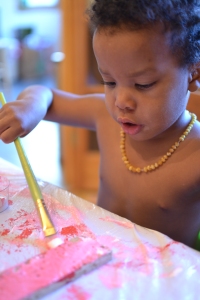 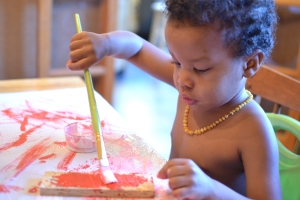 Now, I have to decide whether I want to repaint the pieces a nice, traditional brown while he’s sleeping or let him have his crazy pink creche, haha.